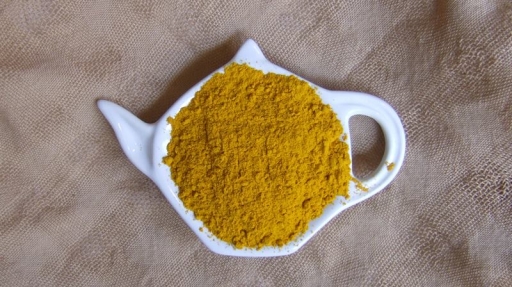 Jan 07 2015 In Ask the Herbalist By Kenneth Roberts

There are reasons Turmeric is used so widely other than to spice up food. Extensive studies have shown its efficacy in aiding arthritis due to the high anti-inflammatory properties found in curcumin, which is one of the main phyto-chemicals found in turmeric. Turmeric has been shown to have a positive effect on depression as well as dyspepsia (upset stomach), memory function, and fighting tumorous cancer growths. Turmeric is also known to increase your body’s natural antioxidant function along with being a powerful source of antioxidants in its own right.

So, how to get the adequate amount of turmeric in order for it to do its job effectively? Lately there’s a craze for Golden Honey. It’s actually not a new thing but quite a traditional home remedy used historically by herbalists. Golden Honey is an excellent and palatable way of ingesting turmeric. Infuse a tablespoon of turmeric for a couple days directly into about one pound of raw honey (get the good stuff; local is best). You’re basically making syrup to do a teaspoon, 3 times a day. Want to boost the efficacy, add some black pepper to the infusion.

There are other recipes out there such as Golden Milk, preparing it in almond milk with coconut oil and honey. If you’re into experimenting, do some searching and you’ll find a dozen recipes.

A pinch of turmeric in your tea or a dab in your smoothie does the trick too. And of course, you can still cook with it! Adding turmeric to what you are already ingesting on a daily basis makes it super simple. Herbs don’t have to be complicated or taste terrible.