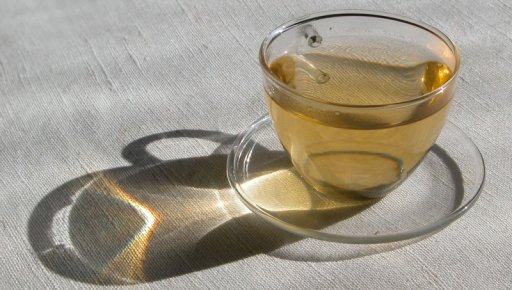 Apr 30 2015 In Ask the Herbalist By Kenneth Roberts

A customer once asked us if tea causes kidney stones. That customer had chronic kidney stones and their doctor had told them that they should stop drinking tea. So I did some in depth research and was very surprised by what I found.

It's important to start off by talking about what causes kidney stones. 80% of kidney stones are caused by calcium oxalate, which is found in many plants and foods such as spinach, rhubarb, parsley, leeks, celery, green beans, chocolate, and, yes, even tea. But the oxalate levels in loose-leaf tea are not high enough to be a major contributing factor in kidney stones, and are much lower per gram than in many of the leafy vegetables I mentioned earlier. Plus, since with most teas you are drinking an infusion instead of consuming the whole leaf, your body absorbs less oxalate than when you eat a serving of leafy veggies.

There are differing levels of oxalates even in different types of teas. White teas, greens, and oolongs all have lower levels than black teas. In fact green teas have been shown to effect the crystallization of calcium oxalates by causing them to form flat crystals that are easier for the body to break down. A Japanese study done in 2005 even found that drinking green tea could help prevent kidney stones due to its high levels of catechins, which have antioxidant effects.

Why the different result? Well, it could be due to the fact that the Japanese researchers would have been more likely to include loose-leaf tea in their testing rather than just tea from teabags. As we've mentioned before, not only is the tea in teabags more likely to be old and adulterated with chemical flavorings and preservatives, but most commercial teabags themselves are plastic and contain phthalates! I will go into more detail on phthalates in a later blog, but for now it's important to know why using teabags can throw off the results of studies about tea.

Every study I found stating that tea formed kidney stones was from 2004 or earlier and was conducted with bagged teas not loose leaf, and they were not looking at all the chemical factors. They assumed that it was oxalates when later studies have shown that phthalates are more likely to be a major contributing factor. The one consistent recommendation has always been that drinking lots of fluids helps prevent kidney stones.

What is the takeaway here? As with everything, science is always an ongoing process and what was thought to be true decades ago may not actually be the case, so it's always important to make sure your research is up to date.